Enemies of God and Man

If you are aligned with this: 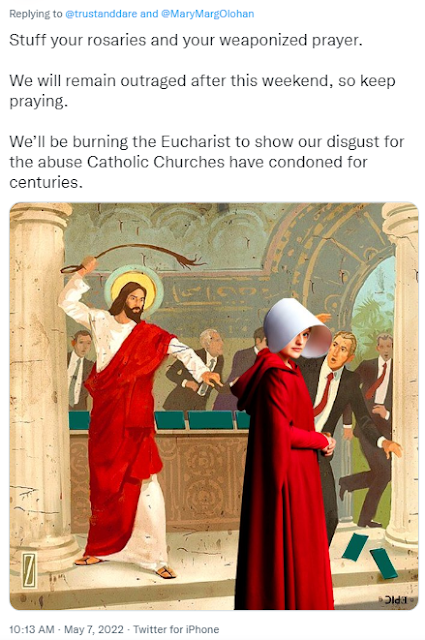 You are an enemy of both God and Man.  And by the word Man, I mean its classical use referring to humanity, because I'm tired of pandering to the same feminist bilge that gave us the above mentality in the first place.  It's time to stop losing if we don't wish to be remembered as losers. And first things first.

BTW, kudos to our parish priest.  On Sunday he called out the lies of the abortion movement, including lies spread by Catholic abortion supporters.  Then he did something strange, weird, amazing, great, wonderful, terrifying and everything all rolled into one:  He acknowledged that the abortion issue is about the mothers, the babies and - get this! - the fathers.  He actually pointed out that care for the father is important.  Imagine that.  Of course care for the mother and baby is crucial, but let's not forget the often forgotten father!

Can you believe it?  I've seen men try to say this only to be smacked down by pro-life conservatives, much less pro-abortion liberals. I've actually seen people on the pro-life side insist men should accept the subordinate position and shut up.  Men should stand in the corner, wallet ready if, and only if, the mother decides not to abort the pregnancy.  The castration of men is something purely at the feet of feminism, and one of the capstones of the whole modern paganism we're seeing.  That men accepted being told they have no say in a child's life unless the woman chooses was a major defeat for the dignity and gift of manhood.

So good signs I'm seeing.  Could the proverbial giant be waking?  I dunno.  I think we've lost much and lost them in key areas.  The Gospel will live, even if the civilization it helped forge dies.  And abortion is one of the key killers the new paganism is fighting hard to maintain.  Nonetheless, prayers are effective, and when the prayers involve saving the life of the most innocent of these, we can be assured that they are heard.

As a bonus point, I should add that our priest also echoed what I've seen several mention in recent days.  There is no guarantee the repeal of Roe will happen. Nonetheless, if it does happen, then there will be new pressures on the moms (and yes, the dads!) and that's where we must build upon our good works already out there.  I loved that, too.  For he went on to name different ways that the Church and individuals already help young mothers and babies, countering the lies of abortion rights allies like Mark Shea.

But Jesus said, Suffer little children, and forbid them not, to come unto me: for of such is the kingdom of heaven.  Matthew 19.14

Email ThisBlogThis!Share to TwitterShare to FacebookShare to Pinterest
Labels: Abortion, Feminism, The Fight for Life