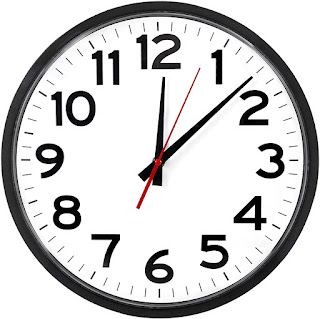 So we approach Memorial Day.  For our family, a rather close family as families go, this marks a milestone.  It is the beginning of the 'last time around' traditions our family has enjoyed together over the years.

By that I mean the last Memorial Day together before my son is married and moves out.  Easter was our last 'next year too' holiday.  We went into Easter understanding that there would be another Easter on the calendar before he moved out next year.  But since his wedding is near the beginning of May in 2023, all subsequent holidays and traditions will begin ticking away the checkmarks as the last of an era.

That's OK of course.  We actually received a bit of a reprieve, as I've said before.  Back in 2018 the boys were already making plans for moving on.  In 2019, my two oldest moved their enrollment to The Ohio State University.  Owing to white privilege, they both began their schooling at the local community college.  But both were transferring to OSU, most likely to a nearby branch campus.

Our third son had famously shattered his leg in 2019, and during that time decided it might be time to consider other vocations than law enforcement.  The BLM of 2020 weren't the beginning of thte 'Racist Killer Cops!' narrative.  He already had seen how the post-Obama era was playing havoc with police training and preparation.  Being down for four months allowed him figure it was time to go in different directions.

Therefore, in 2019, they made plans to move out together to cut down on expenses and rent.  First the older two, then the third would join them.  They planned on staggering the move in order to lessen the shock for their youngest, who has several years to go before turning eighteen.

Then came Covid.  Just as we were scouting for apartments for them and planning the logistics of the move, everything shut down. Classes went online and in person learning was axed.  They decided it was stupid to move out when all they would do is spend extra money to sit and stare at the apartment walls.

So they stayed put.  We made arrangements and worked out a new, improvised situation for them since we had no idea how long the crazy would last. They decided it was for the best, since it would allow them to accumulate more savings and perhaps, just perhaps, get through school with minimal loans.

As I said before, in a weird, strange, bizarre and perverse way, 2020 was about the best year we had had for quite a few years.  Beginning in about 2015, we were hit with an endless barrage of problems, crises, accidents, injuries, health scares, you name it.  In 2019 I doubt I went more than a half dozen weeks without being in a medical facility multiples times in a week.

We had everything from broken furniture we couldn't replace to flying squirrels in the basement.  My mom came very close to passing away at one point, and my son was in a serious auto accident shortly thereafter.  Plus times were tough financially.  For quite a while it was beans and rice for dinner with ramen noodle chasers.

Yet by 2020, all that had passed.  Financially we had rebounded, the health concerns - minus Covid - had passed.  We had new furnishings.  The flying squirrel was gone.  All in all 2020 was the best year of our lives since we couldn't remember when.  Again, if you set aside the Covid.

Though the boys were home, their own busy schedules kept them away or at least occupied.  Social lives dropped and various clubs or activities they were part of what stopped that year.  Furthermore we had the normal concerns about the Covid virus itself, especially where my Mom was concerned.

Nonetheless, we felt we were given a couple extra years as a family.  2021 was not nearly so smooth, and we once again found ourselves at the receiving end of a slew of unforeseens, the most serious of which being my wife's heart attack.

During that time, the boys all branched out.  My oldest was by then an all-A student, able to pay his way through school with grants and scholarships, thereby making it through his undergrad with no debt. You might say he broke the system.  My second son also, by working nearly full time hours and doing well in school, also graduated debt-free. Plus, he met a delightful young girl who has helped him forge a new direction in the rock'em, sock'em world of entrepreneurship. Our third son became manager of the chain restaurant he works in before turning 21.  His plan is to avoid college until he has to, and then have enough money to pay it straight, all while climbing the corporate ladder.  Someday he, too, wants to be his own boss.  Our youngest continues to move through homeschooling, as well as developing a knack and interest in electronics.  Especially retro-electronics.  And he is good, very, very good.

All of this is to say we were given a couple extra years together, and for that we're glad and thankful.  Nevertheless, it's time.  They're all ready to move on.  Even our youngest seems ready for them to move on as he comes close to entering his teen years.  Though I'm sure he'll have his rough patches adjusting.

But we will enjoy this roll of 'last hurrah's', of the traditions and celebrations we've shared together over the years. At least the ones we can.  It isn't as if once they move out it's all over.  It's to say once they move out they will begin their own journeys and form their own traditions. And we look forward to seeing those as much as any we've shared in the past.

Email ThisBlogThis!Share to TwitterShare to FacebookShare to Pinterest
Labels: Important things, Memories, the Boys, The Family