A blogging lesson from the Wolf Man 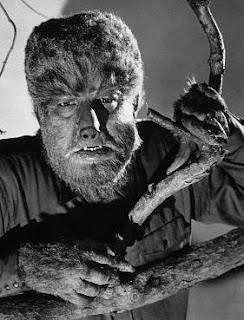 So I got a little bit of a rebuke for my post on three kinds of Catholics.  Sure, I was being somewhat tongue-in-cheek, but I was also setting up a point, one that needs to be reflected on. That point being the tendency, largely across the Internet (though probably not unique to it) of Catholics adopting the idea that imitating Christ is voting the right way, supporting this or that geopolitical strategy, and opposing gun control, or torture, or gay marriage or whatever.  It's headline ethics.  It's having drawn out discussions about whether we should forgive the bombers in Boston.

It's not just on the Internet either.  It's media in general.  I heard the topic of forgiving the Boston terror bomber on local Catholic radio going to work today.  Forgive the bomber?  Really?  And what does that cost me?  Not a damn thing.  What about opposing military action in Iran?  Sacrifice?  Anyone?  Perhaps in that it could become a long, drawn out war, someone in Congress would finally get a draft (only if the president was Republican), and my military age boys could be pressed into service.  But otherwise, what is it to me if I'm wrong in opposing force against Iran?  If Iran gets a nuclear device, hands it to terrorists, and then detonates in some city, killing tens of thousands?  The odds of that being within a light-year of my little corn field of the world is about zilch.  So defining my holiness on something that if I'm wrong wouldn't cost me a brass farthing demonstrates what?

So you see the problem.  Following gushing tributes to Christopher Hitchens, Andy Warhol, and the late Roger (I'm an atheist who can't get enough of sexting up the movies) Ebert, while granting no mercy or grace to people over a growing list of issues that vary greatly on their direct impact on us, I felt it was time to speak.

Does my little piece mean I think all Catholics fit neatly into three categories   No.  Obviously.  Nor does it mean I think all Catholics are part of that group that is common across the blogosphere.  But they are out there.  And in recent years, I've seen several cases where Catholic leaders, including the USCCB, have been encouraging ways to harness the blogosphere, promote it, and use it.  And when you notice the number of Catholic bloggers invited to parishes, Catholic conferences, and given growing visibility as spokesmen and women for Catholicism, it's worth looking at, especially if several of them have adapted this new, modern take on Catholic Holy Living. 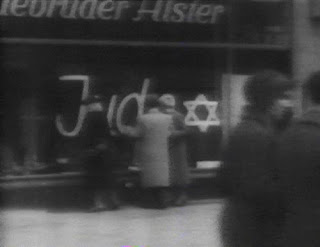 So, what does this have to do with The Wolf Man?  Here's the point.  That little rebuke focused on the folks, those folks around us, the ones we see everyday.  The suggestion was that I spend too much time on the blogosphere, and not enough hanging with the real people.  But that's the rub.  Those bloggers are someone's real people.  And in my dealings, I've learned Catholicism does has quite a bit of variety.  Most probably aren't in that blogosphere gang that concerns me.  Most, however, do seem to be pretty much divided down the progressive/traditional line that has caused so much mischief in Protestant circles.  Still, the fact that a minority represents this, or that real folks doing real things are the majority, is pointless.

How do I know?  Because I'll wager that, if we could borrow from Wells and go back in time, we'd see that most people in most cases throughout history were just basic folk, doing their thing, being good, naughty, going to work, paying bills, playing video games with the kids.   That's what people always are.  Part of this, siding with that, but usually just folks putting their pants on like I do, Hitler did, Washington did, and so on. That was the point of the screenplay for MGM's classic 1940 movie The Wolf Man.

Written by Curt Siodmak, a Jewish refugee escaped from Nazi Germany, many of the 'legends' of werewolves came straight from his creative genius.  It's true.  No autumn moons or silver bullets in most werewolf legends, those were just creations for this movie.  But the important part, the part that concerns us here, was the idea that the werewolf's victims sported a pentagram somewhere on their hands.  The werewolf knew then who the next victim would be. 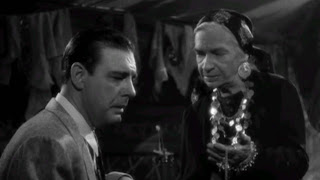 It shouldn't take a genius to pick up on the symbolism of a Jew imagining a star being the sign of a soon to be victim.  Nor was it lost on those who knew him when realizing the theme of the movie itself: a kindly, thoughtful young man is bitten and becomes a savage, murderous monster.  That's what Siodmak had experienced.  Those he knew, those he had grown up with, played with, worked with, those real folks he knew, were suddenly becoming monsters, brutal savage beasts, hanging stars on people and marching them to their deaths.  The Wolf Man in a nutshell.

And thus, we come back to the point.  It matters not a lick in history that most people are good people, caring people, kind people, or whatever.  I'm sure most people in the south, even slave owners, were good people (just watch Gone With the Wind).  I'm sure most people in Germany were good people.  So are most atheists, most Muslims, most Protestants, most fundamentalists, most liberals, most Catholics, and so on.  In the end, it's not what the majority does, but what the passionate minority is able to convince them to do that so often makes the difference in the course of human events.

But what I do, on this blog as my main outreach, is focus on those movements that are concerns, problematic if you would.  Yes, Catholics can broadly be defined as liberal and conservative.  Those terms may not be the same as they are in other circles, but they're there.  Within those groups, I'm sure, like anywhere else, there's much variety.  But there is a growing tendency across much of the Catholic web to interpret the Church's changing teachings as one that puts a premium on standing on the right side of a host of issues.  In this movement, there is a tendency to believe that the Church is finally hitting its stride, going to true perfection, and all had better jump on board or else.  It takes the Church's teachings on these broad topics as the essence of the Gospel, that which divides life and death, good and evil.  And what's more, increasingly they care little to nothing for the law of life that tells us how we should act on a daily basis.  Quick to say it's better that a thousand children die than tell a lie to save them, the same Catholics would scoff at the idea that we should physically and literally sell everything we have to follow Jesus.  That would be me doing something.  Far easier is it to base my holiness on supporting this or that topic that may not impact me in the least.

That was the point of the post.  It was actually a set up for unpacking this growing trend across many blogs to elevate social and political stances to the source and summit of holiness, while increasingly acting as if such quaint teachings as not judging and calling others Raca should be dismissed as puritanism and rejected outright.  Not all on the Internet of course.  Nor all on the blogosophere.  But enough.  Enough to take notice and take it seriously, especially as some of the bloggers themselves are getting the stamp of approval from Church leadership.  After all, that's where those hard working and good hearted average Catholics get their teachings from, or should.  Hence, the concern
Posted by David Griffey at 9:22 PM

Email ThisBlogThis!Share to TwitterShare to FacebookShare to Pinterest
Labels: Catholic blogging, Catholics and the Internet