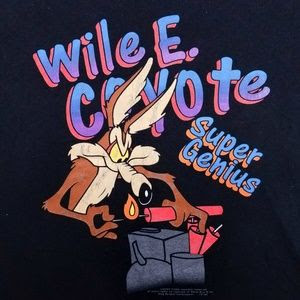 Read it here.  We call that a lack of self-awareness.  Mark posts his usual rant against modern conservatives as being racists to the core.  He says for MAGA types racism is a feature, not a bug.  He then claims that any attempts to reach such MAGA types are doomed to fail.  They're that bad.

Note, however, the way in which Mark writes of 'white' people.  At no point does Mark refer to 'white' in any way but as a pejorative term. If you took what he wrote about whites and replaced it with blacks or Jews, do you think it would seem racist?  You bet it would. And you'd be correct to say so.

The genius of the modern Left - driven largely by wealthy, college educated white liberals - has been to weaponize racism against their own ethnic identity.  Quite brilliant if you think on it.  Because almost any challenge can be seen as denying the racism that they clearly see.  After all, they see the real problem, why can't you?  Doesn't that mean you're a racist?  Pure genius.

What their long term goal is I don't know.  What they think things will look like in another fifty years of such rhetoric is beyond me.  I just recognize racism when I see it.  When your attitude toward any ethnic group echoes a racist attitude against any other ethnic group, I'm calling it racist.  Even if it's an attitude aimed at your own ethnic lineage.

Bonus points if you see Mark's all too common blunder of gleefully calling down woes on the rich.  He forgets, apparently, that for most of human history and the majority humans in the world today, Mark is filthy rich indeed.  Perhaps missing that little tidbit demonstrates how Mark could miss that the logical result of calling down endless hellfire on his own ethnic group might not exclude him or his posterity

their fantasies of fascist self-pity and “Benedict Option” revanchism is just grotesque (and blasphemous to anybody who knows the first thing about the gospel which neither knows nor cares about the ethnics distinctions so cherished by this white supremacist freak show).

Written by Mark, a man who spent the entire article making ethnic distinctions, albeit about his own ethnic group. Once more I become convinced that to align with the modern Left demands an unprecedented level of lacking self-awareness.

Email ThisBlogThis!Share to TwitterShare to FacebookShare to Pinterest
Labels: the Joy of Racism on the Left, The New Racism and the Catholic Left