So yesterday was the late, great Roy Orbison's birthday.  A FB page I follow had this picture up to celebrate: 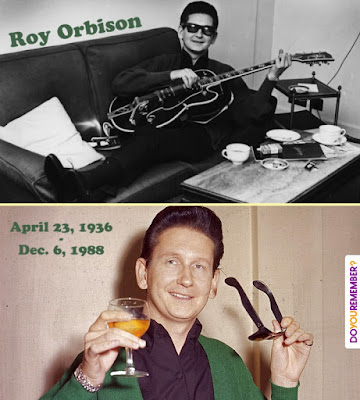 Nonetheless, an awesome songwriter and musician who was respected by almost anyone who played music from the 60s through the 90s.  And given the variety of music styles in that spread, that's not bad.
Posted by David Griffey at 12:51 PM