Time to say goodbye to Hollywood? 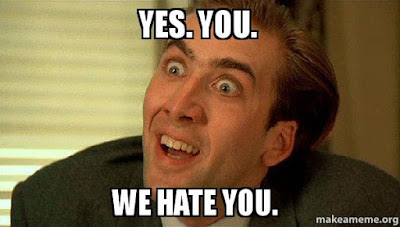 Why do traditional Christians and Conservatives patronize Hollywood when it is largely a propaganda organ for the  radical paganism of modern secular agnosticism?  Even the award shows are nothing but hate and contempt fests in which the powers that be spew their loathing on things that the conservative and the traditional Christian hold dear.  Maybe it's time to say enough.

It's been asked how modern Christians could align with the political Left when so much of the Left is centered on eradicating historical Christianity.  Setting aside that some modern Christians would happily do the same, it's a question worth asking.  But no less a question is why Christians of any traditional stripe continue to pour money into the coffers of an industry almost entirely centered on the destruction of their most cherished beliefs and values.  Not only that, but these consumers will actually pay money for the very shows, songs, and movies that are made for the sole purpose of accomplishing that goal.

So food for thought.  I've often wondered why Hollywood, back in the glory days of my youth, seemed to hate and deride the simpler pastimes, or those family moments, or the gathering of friends for a good game or two around the table.  I realize now that Hollywood exists on the back of the populace's dead creativity and inability to self-entertain.  Only when we are creatively dead zombies glued to the screen or headphone are we truly fulfilled since only losers would try to find creative ways to entertain themselves.  So says the underlying entertainment industry narrative.

So break the addiction.  Learn to tell stories or play board games or cards, or spend time among nature, or anything that doesn't require taking your hard earned cash and handing it to an industry that I believe could easily say in return, "Thanks chump, we still hate you and hope you convert or die soon, but we'll take your cash all the same.'
Posted by David Griffey at 6:30 AM