Which America do you want? 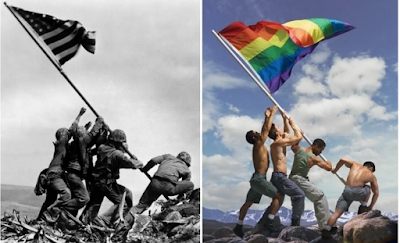 One represents the old America which, however flawed and imperfect, bred a nation of people who sought the better of things other than themselves in some even vague reference to the idea that our individualism and individual responsibility were oriented to things greater than ourselves.

One represents the new paganism, which promises us that we are alone the center of things, that freedom is about me, that nothing matters more than me, and that we are giants gazing back at insignificant dwarfs who paled in comparison to us, and were only of worth when they pointed forward to a world in which everyone else can have their liberties compromised in order to satisfy my desires for myself.

Which one will we pick?  Only the future will tell.
Posted by David Griffey at 11:23 AM

Email ThisBlogThis!Share to TwitterShare to FacebookShare to Pinterest
Labels: Our Post-American Nation