Have a happy and blessed 4th of July 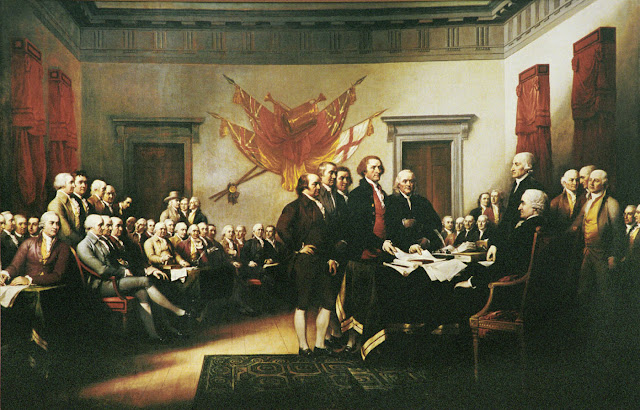 For all its faults, and for the ease with which our most educated generation in history is throwing away liberty and freedom for a romp in the sack (my sixteen year old says the Founding Fathers tried to foresee as many challenges as possible, but they didn't see us coming), it is still a great country.  For all its sins - sins shared by all cultures, nations, kingdoms and empires in history - it was also a shining beacon, if only for a season in the history of the world.

For myself, I await news to confirm that I may have a new job, one that pays substantially more than I've been paid in many a moon.  My wife also has an interview on Monday.  My Fifteen year old appears healthy, and things are about as good as they've been in recent memory.  We're praying that it continues.

We will have cookouts, watch fireworks, ponder the answer to Francis Scott Key's lingering question in light of the new paganism's machinations, and of course reflect on our nation, our blessings and our prayers for the future.  Here is a little post I did about movies we watch during Memorial Day.  They work for Independence Day as well.  Especially the movie Gettysburg (though apologies for its rank and despicable displays of the Flag that cannot be mentioned).

In it all, there is still much to be thankful for, and maintain hope that as close as we are coming to the cliff, we can still turn around.  God, I don't think, hates America as much as some would have us think.  And if we don't deserve God's exclusive favor, I don't believe we alone of the nations deserve his wrath (though some strong kicks in the pants are more than deserved, as they always are).  Though if we keep listening to those who would have us believe we have always deserved God's wrath, then I have no doubt we'll eventually deserve it.

So God bless America.  Real America.  Actual America.  Historic America.  God bless those whose labors gave us this nation that has always been, at its best, among the greatest civilizations in history, and even at its worst, no worse than most that has defined human history.  May we be worthy of the blessings we ask from God, of those who struggled, worked and died for our liberties, and may God and common hobbit sense protect us from those who would have us sell our birthrights of freedom and liberty for a quick romp in the sack with the carbon-based life form of our choice.

And call me an old heretical Catholic, but if I must pick a heroic image of Americans to celebrate outside of the faithful Saints and Martyrs, I'd rather pick something like his: 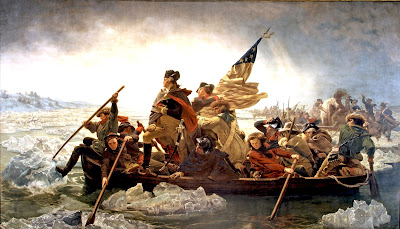 than the hipster favorite celebrated by so many cool and sophisticated Catholics across the internet today: 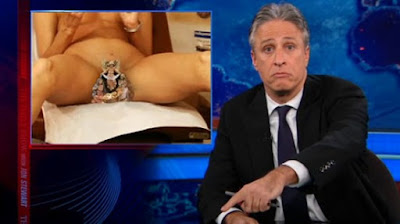 Though I admit, one is likely a glorified and false image set up to inspire hero worship, while another actually tries to capture the genuine attributes and characteristics Christians everywhere should hope to identify with and even emulate.  Ah, silly old me. Happy 4th!

If my people, which are called by my name, shall humble themselves, and pray, and seek my face, and turn from their wicked ways, then will I hear from heaven, and will forgive their sins, and will heal their land.    2 Chronicles 7:14
Posted by David Griffey at 9:28 PM