When my thoughts turn to autumn

I'll admit I'm the type who often anticipates things for months to come.  I think it's from my youth.  For reasons I'll never know, when I was in sixth grade, my parents moved to a house that was a thousand miles from nowhere.  They had moved every couple years for no reason since I was born.  I suppose Dad just got restless and kept wanting that dream house.  But this time they settled in and would remain there until well into my college years.

Two things hit at that time.  First, my Dad concluded that going into middle school, it was time for me to pack up my toys.  I was becoming a man, and didn't need to be playing around like a kid.  That next Christmas he bought me a shotgun and had me get my hunting license. Ironically it was something I seemed naturally good at, despite the fact that I never really warmed up to shooting animals.

The other development came as a result of the house's location.  Just as I was being told to pack up my toys, I couldn't help notice there was nothing around me.  No kids.  There was a large factory and some machine shops, a gas station, and a couple houses lived in by older couples with grown kids.  But there were no kids anywhere nearby.  Since it was on a highway, there was no safe way to ride a bicycle.  So I was pretty much landlocked.

Several things came out of that time.  First, I learned to like the music my Dad listened to, which included jazz, big band era, classical and Frank Sinatra.  Second, I learned to love reading.  One of the owners of the house we bought had been a teacher.  She left her piano, and her book collection.  She had a wide variety, and I always wondered what grade(s) she taught.  From a collection of early release Peanuts (Charlie Brown) books and adolescent material, to high brow philosophy, history, biography and literature, I could have spent the next twenty years doing nothing but read and I doubt I would have gotten through everything. It formed the groundwork for my library today.

There was something else that happened then as well.  Beyond teaching myself the piano, being exposed to Stevenson, Tennyson, Dostoevsky and Charles Schultz, and appreciating Glenn Miller, Satchmo, Mozart and ol'Blue Eyes, I also developed a strange sense of nostalgia, despite only being in middle school.  I already had it to a degree, because when I was five we moved from the only house I could remember at that time.  It was one out in the country that my Dad had more or less built up from scratch.  When we moved, it had quite an impact, since we were in a new place, a neighborhood filled with kids whose reputation as troublemakers was known for blocks in every direction, and all I had come to know was gone.

But this time, it was the practical sense of being removed from kids I had made friends with and was getting to be close to.  The fun we had, the different things we did at different times of the year:  Going to the recreation park in summer for baseball, or playing football in open lots during the fall, or building snow forts in the winter (it was the blizzards of 77 and 78 after all), were things that were now long gone.  I became involved in school activities just to have kids to hang around.  But during the breaks - especially summer - I had little to do.  Friends would be dropped off of course, as I would be as well.  But that only happened once in a while.  Most of the time I was on my own.

So I began looking back somewhat nostalgically, as well as looking forward, especially in the summer, toward the next school year.  With that school year came autumn, and fall festivities and football and band and bonfires, then Thanksgiving and family get-togethers and friends visiting, and the Christmas season with all its splendor.  By the passing of July 4th, my mind began going there since, on the whole, it had little else to do.

I think I brought that with me over the years. Oddly enough, the older I get, the less nostalgic I am.  I still think about olden days, but usually when engaged in a pleasant conversation with family or friends. I  don't dwell.  Instead, I look forward.  I think it has something to do with having kids, seeing them grow, cherishing the times you have and looking forward to what they will become.  I don't know.

I just know that, as we wrapped up our annual Independence Day festivities this year, setting aside the clear schism within our nation and those who would minimized the blessings of our country, I can't help but feel the first twangs of pining for the change in seasons, cider, the crisp cool days, the foliage, the harvests and all that remind me of the times when I knew my purgatory was about to end, and I'd be back with friends and classmates on a regular basis.  Only this time, it's my sons and family with whom I look forward to making the memories. 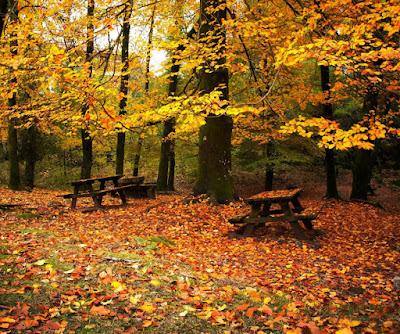 Season of mists and mellow fruitfulness,
Close bosom-friend of the maturing sun;
Conspiring with him how to load and bless
With fruit the vines that round the thatch-eves run.

Email ThisBlogThis!Share to TwitterShare to FacebookShare to Pinterest
Labels: Memories, Musings, Reflections, the Boys, The Family