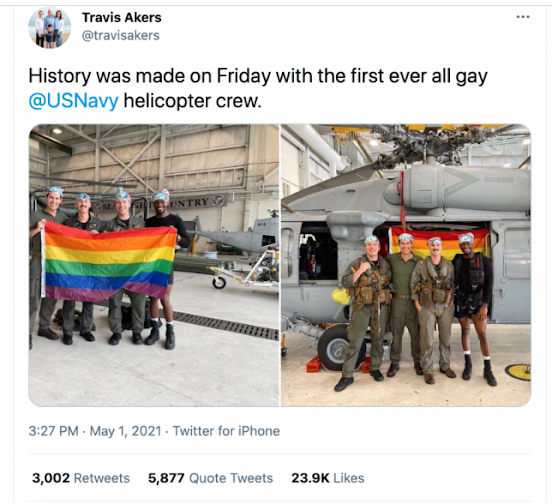 This is what our military has been reduced to.  At a time of increased fatalities through accidents, cases in which servicemen have proven ill-prepared for combat, and mounting cases of criminal assault and unexplained murders, our military focuses on - all things gay sex. Because that's what the leftwing says to focus on.

So what if as many Americans have died of AIDS - with the majority being homosexual men - as have been killed in all of America's wars combined?     If anyone doubts the 'cold civil war' or 'culture war' or whatever you prefer has been lost by those who would preserve the Christian Western tradition, I give you this.

I try to imagine what future history will say about us. I don't think it will be pretty. 'So dad, you're saying that in a world of pandemic and mounting crisis, the thing they care about the most was who those in their military units wanted to have sex with?' 'Yes son, that explains a lot.'

Posted by David Griffey at 7:18 AM