Catholic love for the new racism explains a lot

The more I see Catholics embrace the nakedly obvious racism that says if it's white, it's evil: 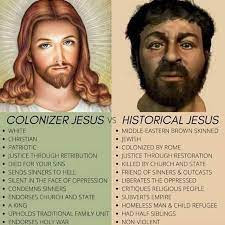 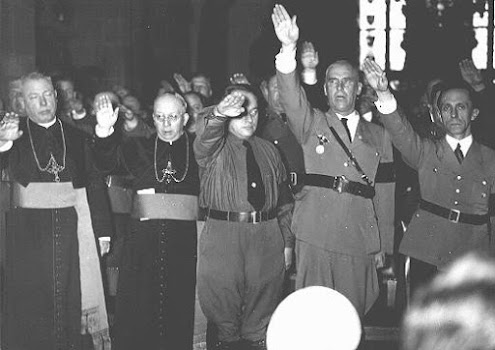 Yep.  Suggesting  that the Sacred Heart of Jesus image is default evil due to skin color is as racist as anything to emerge from a KKK rally or a nice march around the streets of Nuremberg, c. 1930s.  We won't even get into the laundry list of flawed narratives that are needed to embrace such bilge.  But it's officially endorsed by the powers that be, the beautiful (and wealthy and powerful) people, the ones at all the best parties with T&A.

I get that the whole reason for the Left's obsession with tearing down white statues of Jesus or Mary or comparing any Caucasian anything to Nazi propaganda is supposedly because of the sudden wave of white supremacy that is confined to white Red State conservative Christians who vote republican and support Trump.  I'm also smart enough to know that it's part of the ploy to eradicate the heritage of the Christian faith and the West's contributions of liberty, equality, life's sanctity and general Christian morals.

Truth be told, in all my decades as a Christian, the only thing about Jesus' ethnicity ever mentioned was as a testimony to the universality of the Gospel that so many cultures and ethnicities could portray Jesus as one of their own.  Europeans being no exception to this rule.

It's a tactic of the modern Left and its stock and store of lies that it lifts up a bogeyman, and then uses said bogyman to advance its cult of race hate, genocide and tyranny in the name of diversity and inclusion.  And it's a testimony to the awful track record of Christians that so many will leave church on a Sunday, stumbling over themselves to join in the latest evils du jour.

After all, we can plainly see that, with the predictability of a Kantian stroll, you have Catholics falling over themselves to embrace, advocate and promote this latest bout of racism and ethnic cleaning.  If they are doing it today, there's a 99% chance that 80 years ago in another time and place, they'd be doing it then. God have mercy on their souls for what they are about to do.

Posted by David Griffey at 4:00 AM

Email ThisBlogThis!Share to TwitterShare to FacebookShare to Pinterest
Labels: Racism, The New Racism and the Catholic Left