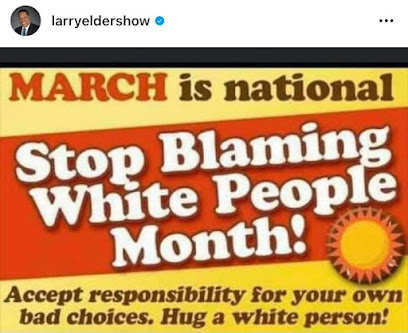 Yes, as our country rushes to officially embrace racism, racial bigotry and discrimination, it might be worth pondering certain questions we used to ask.  Growing up, the number one question was always 'How did they [Germans in the 1930s] let that happen?'.  Well, look at us.  This is visible from Jupiter racism.  It's the same race hate and ethnic cleansing attitudes we saw in Germany.  Or that we saw in the KKK.  Or that we saw in the Democrats' push against desegregation and civil rights.

Just as a bonus, the euphemistically named Southern Poverty Law Center has taken the next step to say even violent crime should be understood through skin color.  That is, based on your skin color, some violent crimes you commit may be less bad than the same committed by that skin color over there.

Again, what kind of person could let happen what happened in Germany in the 30s?  Easy.  The same kind pushing for, or letting, the same thing happen today.

Posted by David Griffey at 8:44 AM

Email ThisBlogThis!Share to TwitterShare to FacebookShare to Pinterest
Labels: The evil the Left does, the Joy of Racism on the Left