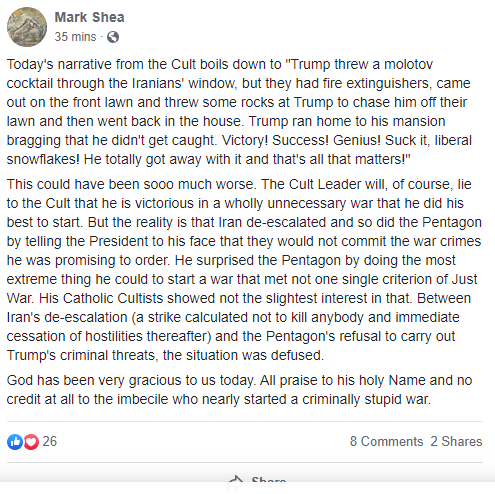 Other than that I, too, praise God for peace.  I hope and pray all leaders have their hearts softened and are guided by the Spirit away from the hatred and blind rage that can so easily propel the world into conflicts and violence.

FWIW, anyone forgetting this:

Is not a person worth listening to where the call for peace and loving of one's neighbor is concerned. I would rather listen to the Iranian leadership discuss human rights.  Instead, I look for those who are serious about pursuing this:


Blessed are the peacemakers, for they will be called children of God.
Posted by David Griffey at 3:59 PM