This was liberalism when I was young: 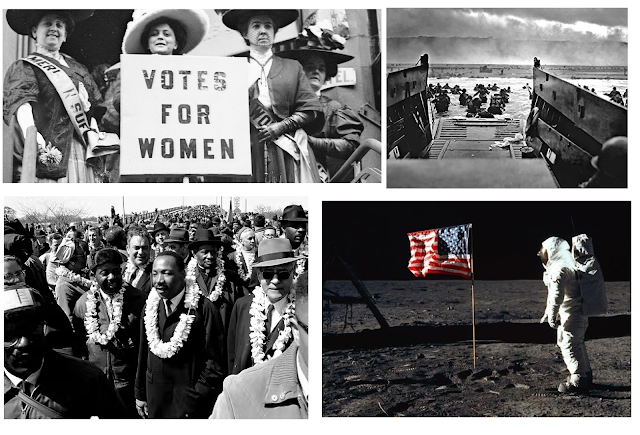 America was still great, we were still an inspiration to the world.  Yes, we had our sins, but liberalism was all about making sure everyone was free, equal and could enjoy their rights with everyone else.  That was the gist of liberalism when I was young.  Or the gist as it was popularly presented.

Contrast that to this: 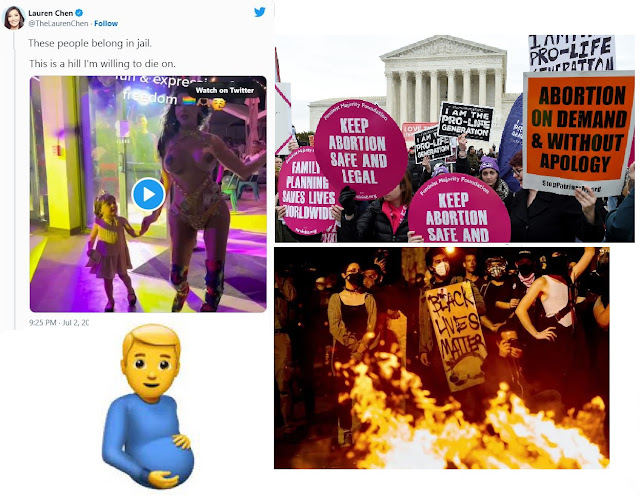 This is the modern Left.  A sampling.  Many, especially among the young, think of the Swastika and the Stars and Stripes as one and the same.  Life, like truth and reality, is anyone's guess.  Radicalism, violence, hate, rage, and sexing up our kids is only the latest frontier.  And all will conform or face the consequences - in the name of diversity, equity and inclusion.

I won't apologize for the graphic nature of the photo with the child.  That is going on even as we sit here.  Just as the gay movement was only coming out of the shadows when I was young, and abortion was still a limited affair discussed in the back room of the family gatherings, so we're seeing the beginning of the next stage. .

If liberalism has taught us anything, it's that the Slippery Slope might be a logical facility, but it's also a historical fact.  What was a fringe outlier promoted by fringe liberals yesterday will be endorsed and mandated in about two generations.  So take a long look at that photo with the child if you want to know what America will be by the time my children are grandparents.

This is the difference between old liberalism and the modern Left.  How many liberals haven't seen the difference?  How many former conservatives attempt to convince themselves that the liberalism they're joining is form the top image, even as they must ignore, pander to, or even condone more and more from the bottom image?   They will only be able to ignore such things so long before they are given the choice of the prophets of Baal.

Email ThisBlogThis!Share to TwitterShare to FacebookShare to Pinterest
Labels: Anti-Americanism, The Culture of Death, The End of Liberalism, The evil the Left does