My son said it best

In an election between Jesus and Hitler, Hitler still gets one out of 100,000 votes: 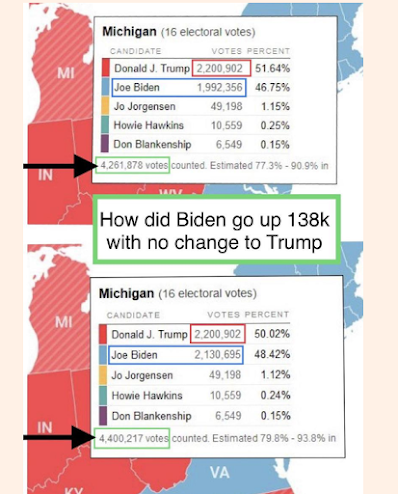 That certainly stinks to high heaven, and I'm no conspiracy theorist.  If all last minute tight races all swing against Trump at the eleventh hour, I'll admit it will seem fishy.

Of course with that said, I'll want evidence before I move to convict.  I'm not a Leftist after all.  Plus, in the end, I'll have to consider how much of an impact such things would have on the overall numbers.

I know if things go against Trump, he'll have to fight an uphill battle against the Left/Press/Democrats who won't lift a finger to investigate.  Nonetheless, the burden of proof is, in my world, still on the accuser.  Unless the number of electoral votes are past 270 for Trump, for me Trump loses.

Posted by David Griffey at 2:15 PM