Goodbye Ralph McQuarrie, and thank you

I saw that Ralph McQuarrie has died.  Now, to be honest, the name itself means nothing to me.  But what he did left an impact on me that will never be forgotten.  As I've already mentioned, in the summer of 1977, nothing captured my imagination more than that galactic space opera straight from the mind of George Lucas.

But it wasn't just Lucas.  Sometimes, given the deplorable quality of his recent endeavors, one can't help but wonder how much of it was Lucas at all.  Some probably. But there were many others who gave shape and form to the visions and ideals spinning about in the mind of the techno-sage.  One of them was Mr. McQuarrie, whose artistic vision put flesh and bone, cape and helm, on many of the characters who would define a generation.

So on this day, I will post some of the artwork that brought life to that galaxy far, far away.  I remember seeing in magazines and other publications a few of these, and they bring back memories to be sure.  So thanks for those memories Mr. McQuarrie, may you rest in peace, and may the perpetual light shine upon you. 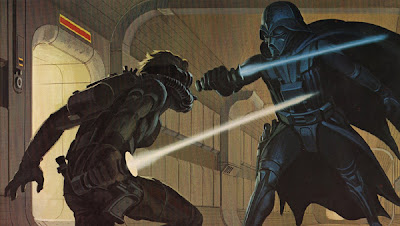 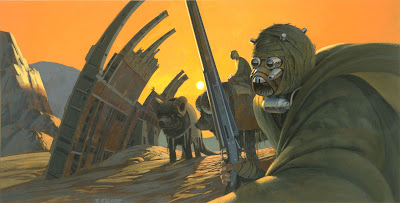 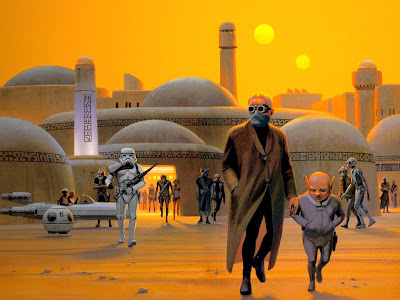 Email ThisBlogThis!Share to TwitterShare to FacebookShare to Pinterest
Labels: obituary