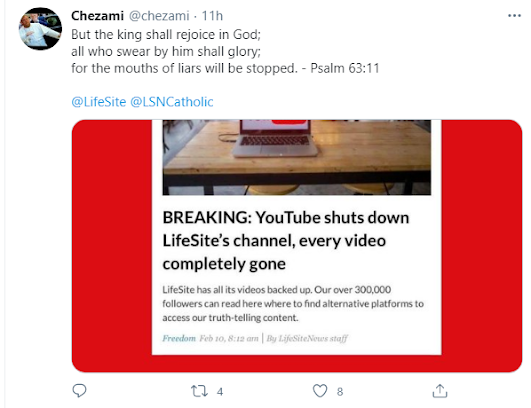 First they came for the Alt-Right

Because I was not Alt Right

Then they came for the MAGA Trumpers

Because I was not a MAGA Trumper

Then they came for the Pro-Life Conservatives

Because I was not a Pro-Life Conservative

Finally I got what I deserved when they came for me

You get the point. And it's not just him; see Rod Dreher for one of many examples.  We are seeing the death of the Christian West and the land of the free because over half of our population is convinced either it will be a better world when it happens, or at least whatever bad happens won't happen to them.

It takes a whole lot of golly-gee-wiz for the most educated generation in human history to be this stupid.  But then, as my sons are fond of saying, we're the generation that finally proved an education is not enough.

UPDATE: Apparently Mark continues to praise his Reich Masters' attack on freedom of speech and the right to not be a leftist: 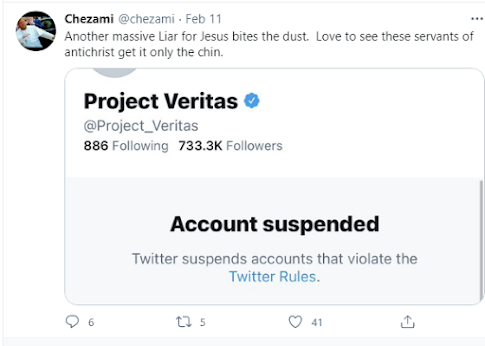 Again, this is no longer some 'That's strange, doesn't he get it.'  He gets it.  Just as so many got it in other times when evil rose to the top and seized power.  They just bet the farm that it will be everyone else who gets it in the neck.

FWIW, Project Veritas and James O'Keefe own a special place in St. Blog's move to bow before the Leftist state.  When it was discovered O'Keefe and company lied about their identities in order to catch Planned Parenthood in its vile Slavery for Holocaust industry, many were able to focus on its undercover tactics to avoid confronting the Left's unprecedented Holocaust.  Without Mr. O'Keefe, there no doubt would have been a different excuse.  But that goes to show you, if you sin you can give those itching to be part of bigger sins a way out.

UPDATE II: Meanwhile, in my other example, Rod Dreher continues to cling to every word that proceedeth from the press's mouth when it comes to attacking Trump.  Dreher is a fine example of one of conservatism's biggest problems.  That is, the tendency among some conservatives to throw each other under the bus and align with this or that part of the Left as if suddenly that Left, which is otherwise decried as the threat to the universe, becomes equal to the Gospel truth.  Dreher does it with being a Never-Trumper, with Covid, with Global Warming, and perhaps with other issues.  He's not alone, and it's the tendency among such conservatives to be the biggest boon for that Left they otherwise fear and loath.

Email ThisBlogThis!Share to TwitterShare to FacebookShare to Pinterest
Labels: Censorship for the Stupid, End of Liberty, Stupid is as Stupid is