The Catholic Church and bad optics 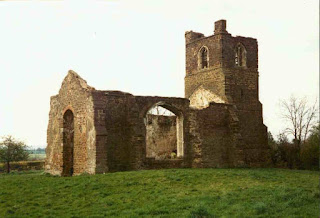 So the dioceses here in Ohio have banned Masses until after Easter.  Yep.  Source and summit and all.  Of course many are scrambling to say that the Church banned Masses during the non-White Death.  And yet, that was a Catholic Church of a different era, when the Mass and its participants had a different approach to physical communion then than today.

Again, and again, I'm reminded of those chilling words reported by a youth leader last year.  In light of the Pew Research study that found young people purposefully apostatizing and abandoning the Faith once and for all at unprecedented levels, the gathering of youth was asked why.  Because, one youth answered, we (the youth) don't think adults believe it anymore either.  Oh sure, they put on a good show on Sundays, what with angels and demons and raising the dead and miracles and Holy Spirits and all.  But come Monday, the space of difference between a church going Christian and a godless atheist becomes almost microscopically thin, if it exists at all.

In fact, as we see now, the difference is that one admits there is nothing at all to care about but this life here on earth, and the other acts like it - but with prayers and occasional God references.  Expect the great Christian apostasy to continue apace for the unforeseen future.

For to me, to live is Christ and to die is gain. But if I am to live on in the flesh, this will mean fruitful labor for me; and I do not know which to choose. But I am hard-pressed from both directions, having the desire to depart and be with Christ, for that is very much better.  Philippians 1.21-23.

Posted by David Griffey at 9:40 AM

Email ThisBlogThis!Share to TwitterShare to FacebookShare to Pinterest
Labels: Decline of the Christian West, Post Modern Catholicism, Religion in the World