In a sane world you don't call yourself a genius 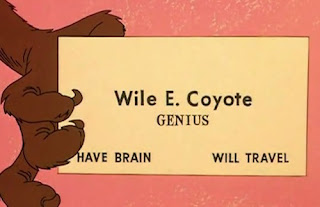 You let others do that.  But the manifold heresies, blasphemies and stupidity of the Left have pushed us to the brink of all idiocy and lawlessness.  So a half baked tabloid gossip book is now being treated as the Fifth Gospel, and in response, Trump calls himself Donald J. Trump: Super Genius.

It's like some weird slow motion comedy.  The fact is, the only thing making Trump look even halfway credible is his critics.  Most of the national and international press has descended into tabloid fodder, running after gossip, falsehoods, rumors and any subterfuge they can get their hands on.  If there is any credibility left in the media, I'm at pains to know where it could be.

Trump's own critics continue to show how Trump could win.  The same who blasted him for a host of faults and sins were, in fact, guilty of the same.  I can barely post videos of his critics who called him vulgar and unpresidential because most of them have people sounding like Richard Pryor impersonators. Many of the same liberal titans who blasted his supporters for backing a clear sex predator were, in fact, sex predators themselves.

And this laughable notion that a country spending decades making itself into a Debbie Does Dallas nation can suddenly turn and insist on an Ozzie and Harriett president is one of the most laughable examples of  amorality  in history.  Only because the Viagra base of modern Conservatism has spent most of its time trying to insist it isn't part of the Trump movement, rather than blasting the leftist bilge that got us the Trump in the first place, is such an immoral declaration allowed to seem credible.

No, I join my kids in saying Donald Trump is nothing other than a product of the only nation they know and grew up in - except for the fact that he seems to think America is a good country.  That, to them, is the biggest departure from the modern norm, as far as they can see.
Posted by David Griffey at 8:00 AM

Email ThisBlogThis!Share to TwitterShare to FacebookShare to Pinterest
Labels: Post Modern Values, Stupid is as Stupid is